MoCCML (Model of Concurrency and Communication Modeling Language) is a meta-language used to formally specify the concurrency semantics of an operational semantics. Based on such description of the operational semantics, it is possible to obtain a symbolic representation of all the schedules of a specific model. a MoCCML specification is made up with two parts: 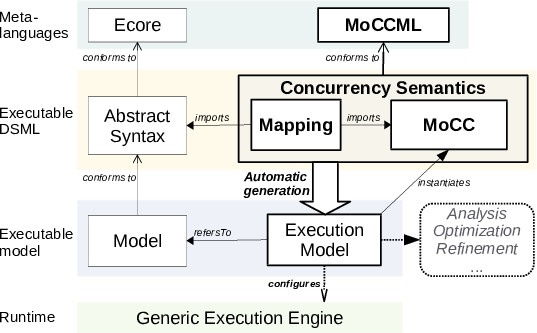 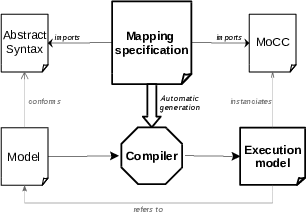 MoCCML is currently migrating to the GEMOC  studio but it can be installed without the GEMOC studio (with the previous name, ECL) by using the following update site: